What people fail to recognize is the constitution on purpose wanted a count of ALL people within a state and allocated representatives based on total count. For those that seem to have forgotten their history slaves and women did not have voting rights in 1787 or as a part of the founding of the nation. In order to assure ratification the Southern Compromise was crafted for the National Census to count ALL residents of a state.

The Three-Fifths Compromise was a compromise reached among state delegates during the 1787 United States Constitutional Convention. Whether and, if so, how slaves would be counted when determining a state’s total population for legislative representation and taxing purposes was important, as this population number would then be used to determine the number of seats that the state would have in the United States House of Representatives for the next ten years.

The compromise solution was to count three out of every five slaves as people for this purpose. Its effect was to give the southern states a third more seats in Congress and a third more electoral votes than if slaves had been ignored, but fewer than if slaves and free people had been counted equally.

The compromise was proposed by delegate James Wilson and seconded by Charles Pinckney on June 11, 1787. It is an ugly compromise and inhumane however the residual effects of this constitutional compromise is what so many “conservatives” and uneducated individuals are complaining about today in counting illegal immigrants. This is a constitutional legal consequence of that compromise.

Those individuals that don’t like the counting of ALL people within the state, should be ashamed of relics of slavery, and realize the present constitutional law specific to the Census Count; is the consequence of that system compromise.

This is a residual effect of a government compromise related to slavery.

Obviously as slavery ended the compromise was modified to count former slaves as Full citizens but continued as per the original amendment to include ALL (except of Native Americans which were not included in counts until 1860) people within the state; again a result of ensuring larger representation in the southern states.

At that time the southern states had the larger populations when including slaves and former slaves. Now of course, the more urban and more progressive areas, have the population and the Southern states and those rural states are crying about this rule.

It is interesting how when it worked for them for the 150 to 200 years not a single complaint but now that the population count does not lean to the favor of the less progressive areas of the country or the rural South the Census is viewed as providing and undue influence via an unfair count methodology.

If individuals want it changed then, a modification to the founding amendments are required which requires 2/3rds of the states to approve.

History is a funny thing as the repercussions of decisions today can have a ripple effect many years down the road or consequences unforeseen at the time of origin. 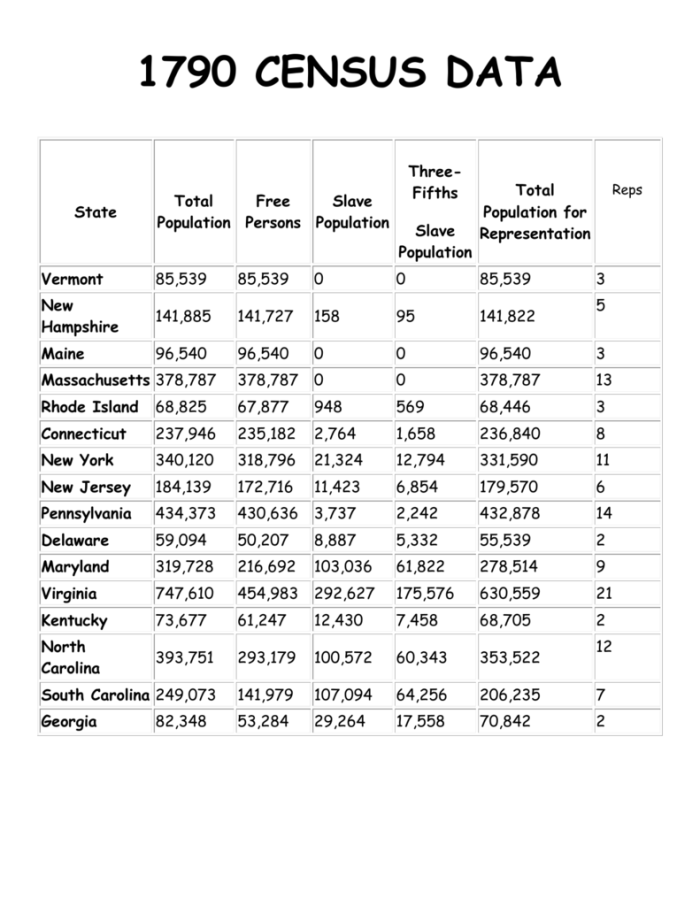