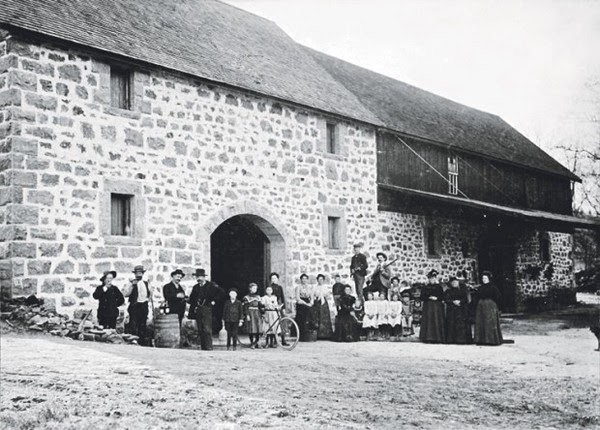 Josephine Marlin Tychson (March 5, 1855 – December 18, 1939) was the first woman to build and operate a winery in the U.S. In 1886, she established a winery in St. Helena, selling it in 1894. Its name changed to Lombarda Cellars and is now Freemark Abbey Winery.

Tychson was born in 1855, into a wealthy family from Pennsylvania. John Marlin (d. 1878) and Eliza (née Bower; 1823-1860), her parents, had also lived in Astoria, Oregon; Tychson was one of 8 children. She grew up in Philadelphia before the family moved to San Lorenzo. At the age of 8, her mother died and her father remarried Eliza's sister. Tychson's father and aunt were influential from a young age in her development as an

Following the death of her sister Catherine in 1874, she married the Danish farmer, John C. Tychson. Their first child, Annette, was born in 1878. In 1879, the young family moved to Denmark, where John took care of some affairs, before returning to the United States.

They moved to the Napa Valley in northern California, where they purchased a 147 acre vineyard in St. Helena from William James Sayward, a sea captain. They planted the vineyards in 1881, establishing Tychson Cellars five years later.

She lost her tuberculosis-afflicted husband to suicide at the Newland House Hotel in Oakland, leaving her to look after two children and the estate. However, it was during this mourning period that Josephine exhibited a penchant for understanding how to survive. Not only burdened with the upbringing of two children, Josephine was also confronted with the heavy task of vineyard construction and design.

Both she and her foreman implemented an ambitious project for the assemblage of a new wine cellar. The capacity within the newly forged space boasted of being able to contain 20,000-30,000 gallons of wine cargo; an impressive size for its time.

For eight years, Josephine devoted her life to the subtle caretaking of her crops. She not only nurtured her children but also the soil of her land, using her knowledge and upbringing to ensure its’ fertility.

Unfortunately, by 1893, her crops were unable to resist the harmful advancement of phylloxera.

According to an 1890 report by the California Board of State Viticultural Commissioners, the Tychson Winery cultivated Zinfandel, Riesling and Burgundy.

She was a true pioneer and after her winery earned acclaim, Josephine’s name was even listed within the Napa-Sonoma County Directory of 1889-90, as a "fruit grower/wine maker. A first for a female.

As a result, she sold the winery in the following year to foreman Nels Larson; Larson sold it to Anton Forni in 1898, who renamed it Lombarda Cellars after the region of Italy that he hailed from, a name it retained until it went out of business.

Tychson, who never remarried, bought a white house opposite the vineyard. She was described as "an intrepid Victorian widow who could often be spotted riding".

She died in 1939. Upon her death, the estate was sold to Charles Freeman, Mark Foster, and Abbey Ahern, giving it its name "Freemark Abbey".

Tychson has been showcased by Napa County Historical Society in the past with a temporary exhibition for her historic contributions to the wine industry in an exhibit titled “Harvesting History,” which documented the early viticulture of the Napa Valley.

Although Josephine’s winery does not exist today, her home still remains —a remnant of her legacy as the first true female vintner in California. It’s located beneath the Freemark Abbey Gift Shop in St. Helena.

Also a wine named Josephine is also available in her honor. So to pioneering women winemakers and Winery owners Cheers!