Daiquiri is a family of cocktails whose main ingredients are rum, citrus juice (typically lime) and sugar. 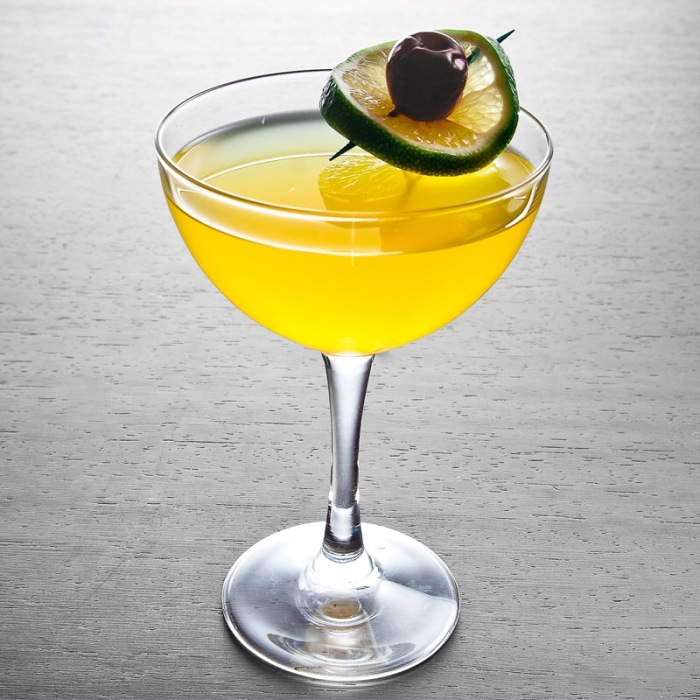 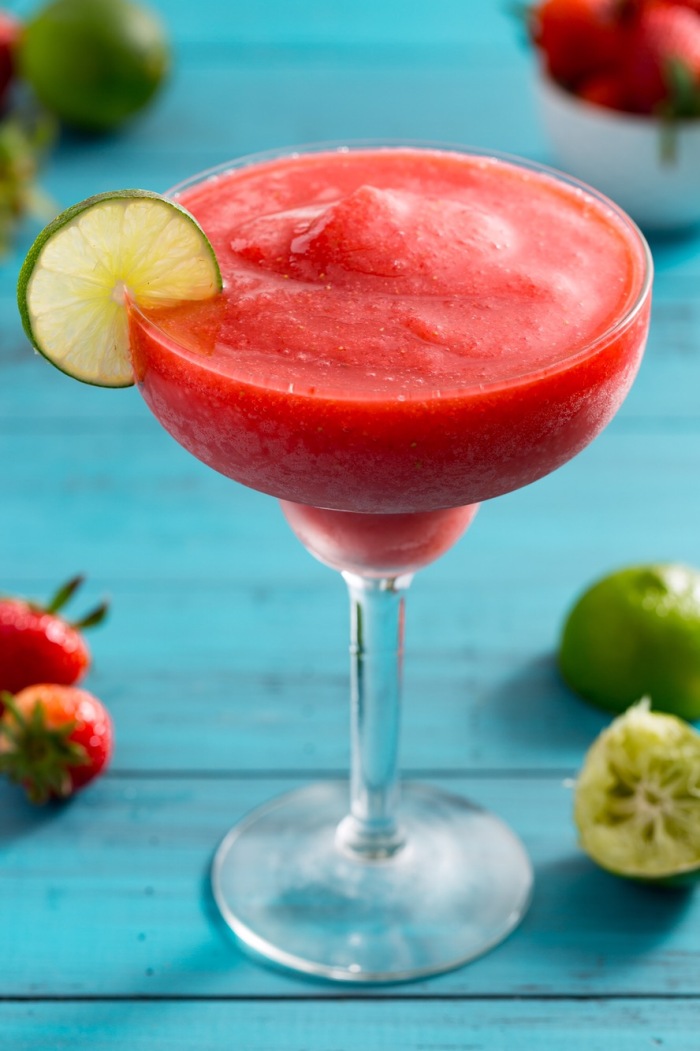 Daiquirí is also the name of a beach and an iron mine near Santiago de Cuba, and is a word of Taíno origin. The drink was invented by an American mining engineer, named Jennings Cox, who was in Cuba at the time of the Spanish–American War. Also credited with a rise its prominence is William A. Chanler, a US congressman who purchased the Santiago iron mines in 1902 and introduced the daiquiri to clubs in New York in that year.

Originally the drink was served in a tall glass packed with cracked ice. A teaspoon of sugar was poured over the ice and the juice of one or two limes was squeezed over the sugar. Two or three ounces of white rum completed the mixture. The glass was then frosted by stirring with a long-handled spoon. Later the daiquiri evolved to be mixed in a shaker with the same ingredients but with shaved ice. After a thorough shaking, it was poured into a chilled coupe glass. Modern daiquiris are more of the slushee variety made with machines or in a blender with blended ice.

Consumption of the drink remained localized until 1909, when Rear Admiral Lucius W. Johnson, a U.S. Navy medical officer, tried Cox’s drink. Johnson subsequently introduced it to the Army and Navy Club in Washington, D.C. and in elite New York Clubs, and drinkers of the daiquiri increased over the space of a few decades. It was one of the favorite drinks of writer Ernest Hemingway and President John F. Kennedy.

The drink became popular in the 1940s due to rationing. World War II rationing made whiskey and vodka hard to come by, yet because of U.S. President Franklin D. Roosevelt’s Good Neighbor policy rum was easily obtainable because the policy opened up trade and travel relations with Latin America, Cuba and the Caribbean. The Good Neighbor policy, also known as the Pan-American program, helped make Latin America fashionable. Consequently, rum-based drinks (once frowned upon as being the choice of sailors and down-and-outs), also became fashionable, and the daiquiri saw a tremendous rise in popularity in the US.

The basic recipe for a daiquiri is also similar to the grog British sailors drank aboard ship from the 1740s onwards. By 1795 the Royal Navy daily grog ration contained rum, water, ¾ ounce of lemon or lime juice, and 2 ounces of sugar. This was a common drink across the Caribbean, and as soon as ice became available this was included instead of the water.

So tonight celebrate with a cool refreshing Strawberry, Lime or other Daiquiri.

This fruity frozen favorite is a surefire crowd-pleaser, especially in the summertime.