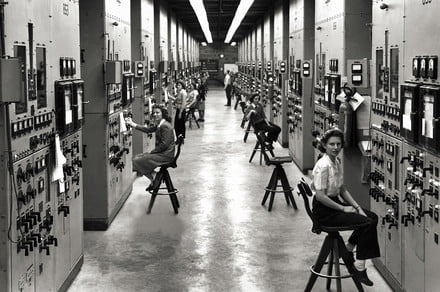 A spotlight on women’s entrepreneurship and the changes in business over the last several decades nationally, in New Mexico and in Alamogordo.

Per Wendy Diamond who is CEO and Founder of Women’s Entrepreneurship Day Organization, “Today, women account for 85 percent of consumer purchases and control $20 trillion in global spending. At the same time, they perform 66 percent of the world’s work (both paid and unpaid) yet only earn 10 percent of the world’s income. In the U.S., there are approximately 10 M woman-owned businesses, generating $1.3T in revenue and employing 7.8 M people. This number is expected to increase by 90 percent in the next five years, with 500,000 new businesses being created each year in the U.S. alone. At the same time, 1 in 3 women in America lives in poverty and of the 1.3M people living in severe poverty globally, 70 percent are women and girls.

Women in developed and developing nations alike are becoming increasingly active participants in local and global economies at a rapid rate. Today, in the United States, 38% of new businesses are founded by women, but only between 2-6% of them receive VC funding. One recent survey of 350 woman-owned tech startups revealed that 80% of founders used their own savings to launch their businesses. At the same time, an increase of women in leadership positions from zero to just 30% is associated with a 15% increase in profitability. Women are the world’s most responsible borrowers, paying back microloans worldwide today at a 97% rate of return. 90% of the money they earn is used to educate their children and to provide for their families.”

Terry Powell ofForbes Coaches Council reports, “In 1972, women-owned businesses represented just 4.6% of all businesses, but today, that number has skyrocketed to 42%, according to a 2019 American Express report.”

Today more than 11.6 million businesses are owned by American women. That’s according to the National Association of Women Business Owners. Those firms employ almost 9 million people and, generate around $1.7 trillion in sales.

In 2019, 1,817 new women-owned businesses were created every day in America. While we don’t yet know how many women-owned businesses were formed during the Covid-19 pandemic yet, it seems likely that the numbers continued to increase. Some evidence suggests that far more startups were created than usual; applications for employer identification numbers, a sign that new people are starting companies, also increased.

Women are increasingly turning to franchises as a way to start a business. It has become commonplace for women to be interested in buying a franchise. Women own or co-own about 265,000 franchises, which is about 35% of all U.S. franchises. That’s about a 24% rise from ten years ago.

Female Entrepreneurship and empowerment is not just limited to business in New Mexico it began in government and led to leadership in business.

New Mexican women continue to be history makers and influencers. According to Rutgers University’s Center for American Women and Politics, two of the three women of color who have been elected governor are from New Mexico, including our current governor, Michelle Lujan Grisham. U.S. Rep. Deb Haaland, D-N.M., is one of two Native women to ever be elected to Congress and is now the first Native American to be named to the Cabinet Post as the Secretary of the Department of the Interior.

New Mexican women have held commanding roles in other sectors, too. New Mexico ranks first in the nation for female-owned businesses, with nearly 52 percent of New Mexico businesses owned or co-owned by women, in comparison to the national rate of 42 percent.

Within Alamogordo in 1997 only 29.1% of the businesses registered were female owned, more recently that number of female owned verses male owned or public companies has elevated to 41.4%. Still lagging the state average and more inline with the national average. The number shows progress but also shows the city, county and state can do better in partnering and fostering growth and support of female entrepreneurship.

Alamogordo is in a transitional state. There are 1000s of square feet of retail space that is vacant, yet there was a recent upgrade to White Sands National Monument to National Park Status. Now is the opportunity as the city and region comes out of a Covid-19 dark winter to bring some light, to work with women, POC and the minorities communities to expand the business community and bring about a huge economic turnaround to the city, state, region and nation.

Our congressional leaders, state, county and city government leaders must partner with the business community to nurture women into business within Alamogordo and Southern New Mexico.

The goal of the women entrepreneurship education and training should be to:
• Empower women through entrepreneurship to enable them achieve economic self –
sufficiency;
• To help women gain strong business and life management skills that will enable
them to become leaders in their work and personal lives, and become strong role
models;
• To spur the growth of locally controlled business and create new jobs within
neighborhood;
• To provide business experience;
• To promote entrepreneurship by emphasizing the importance of small business as
the creator of jobs, leading to prosperity;
• To enable to potential entrepreneurs to emerge by assisting them in evaluating
their training program;
• To encourage business start-ups by offering a comprehensive entrepreneurship their
training program;
• To develop new markets and help mobilize the capital resources needed; and
• To introduce new technology, industries and products and to create new
employment opportunities.

Entrepreneurship among women, no doubt improves the wealth of the city, state and nation in
general and of the family in particular. Women today are more willing to take up activities
that were once considered the preserve of men, and have proved that they are second to
no one with respect to contribution to the growth of the economy. November 19th is Women’s Entrepreneurship Day; today, as we begin the Spring and awaken from the Covid-19 Winter, let’s each in a position of responsibility commit to mentor, encourage, support and empower more females into business leadership and business ownership and then on November 19th reflect on the good opportunities this partnership led to and the prosperity that will soon follow.