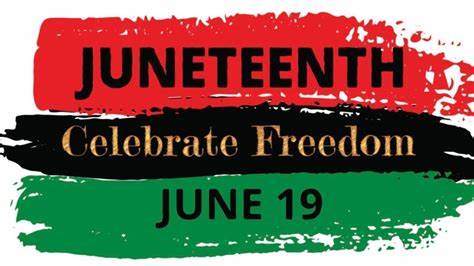 Representative Yvette Herrell joined New Mexico Representatives Melanie Stansbury and Teresa Leger Fernandez for a united New Mexico congressional delegation in the vote endorsing the legislation to make the 19th of June or Juneteenth a federal holiday. Both New Mexico senators voted in favor of this proposal earlier in the week. The house vote was overwhelming support of 415 yes votes verses 14 no votes. All no votes were from the Republican side of the isle. The senate vote passed unanimously with all senators independent, Republican and Democratic supporting the measure.

The legislation gained momentum since the massive Black Lives Matter protests sparked by the police killing of George Floyd last year and the Democratic takeover of the White House and both houses of Congress.  Wisconsin Republican Sen. Ron Johnson blocked the bill  when introduced in 2020, saying that the day off for federal employees would cost US taxpayers hundreds of millions of dollars. Johnson dropped his objection this week despite his concerns, paving the way for the bill’s passage in the Senate and then the vote in the house.

Juneteenth recognizes June 19th, 1865 when Union soldiers brought news of freedom to enslaved African Americans in Galveston, Texas. This was two months after the Confederacy had surrendered.

The following is a statement from Stephanie Kennedy, Director of RPNM’s Communities of Color Christian Conservative Group, the Party’s minority engagement group in New Mexico:

“Today is a momentous time in history, as Congress voted to make Juneteenth a national holiday. Juneteenth gives rise to the emancipation of enslaved people in Texas on June 19, 1865 and more broadly to the end of slavery in our nation. The Republican Party has always stood for freedom and equality for all. This holiday will commemorate an important part of our history, and with the growing social unrest in American society, it also marks a time for realizing that we all are people of color. Martin Luther King Jr. said, ‘Injustice anywhere is a threat to justice everywhere. We are caught in an inescapable network of mutuality, tied in a single garment of destiny. Whatever affects one directly, affects all indirectly.”

President Biden on Thursday signed the legislation to make Juneteenth a federal holiday, to commemorate the end of slavery in the United States.

June 19, 1865, marks the date that Major General Gordon Granger arrived in Galveston, Texas, and announced the end of both the Civil War and slavery.  His announcement, General Order Number 3 reads:

“The people of Texas are informed that, in accordance with a proclamation from the Executive of the United States, all slaves are free. This involves an absolute equality of personal rights and rights of property, between former masters and slaves and the connection heretofore existing between them, becomes that between employer and hired labor. The Freedmen are advised to remain at their present homes and work for wages. They are informed that they will not be allowed to collect at military posts; and they will not be supported in idleness either there or elsewhere.”

The 1865 date is largely symbolic. The Emancipation Proclamation, issued by President Abraham Lincoln, had legally freed slaves in Texas on January 1, 1863, almost 2½ years earlier. Even after the general order, some slave masters withheld the information from their enslaved people, holding them enslaved through one more harvest season.

Texans celebrated Juneteenth beginning in 1866 with community-centric events, such as parades, cookouts, prayer gatherings, historical and cultural readings, and musical performances. Over time, communities have developed their own traditions. Some communities purchased land for Juneteenth celebrations, such as Emancipation Park in Houston, Texas. As families emigrated from Texas to other parts of the United States, they carried Juneteenth celebrations with them.

On January 1, 1980, Juneteenth officially became a Texas state holiday. Al Edwards, a freshman state representative, put forward the bill, H.B. 1016, making Texas the first state to grant this emancipation celebration. Since then, 48 other states and the District of Columbia have also commemorated or recognized the day and it is now a recognized national holiday.

Juneteenth becomes the first federal holiday established by Congress since 1983 when Martin Luther King Jr. Day was created. All states except South Dakota observe Juneteenth but not all give workers the day off. Now however it is a recognized national holiday.

President Biden signed the bill Thursday making Juneteenth a national holiday commemorating the end of slavery in the U.S., calling it a day to remember the “moral stain, the terrible toll that slavery took on the country.”

The holiday was set to take effect immediately. The U.S. Office of Personnel Management said on Twitter Thursday that because the 19th falls on a Saturday this year, “most federal employees will observe the holiday tomorrow, June 18th.”

“Great nations don’t ignore their most painful moments,” Mr. Biden said during a signing ceremony in the East Room of the White House, surrounded by lawmakers and guests, including Opal Lee, a Texas activist who campaigned to make Juneteenth a national holiday. “Great nations don’t walk away. We come to terms with the mistakes we made. And remembering those moments, we begin to heal and grow stronger.”